Significantly cold air ahead and a lot of snow

Our long range weather outlook is certainly one to savour at the moment if you like deeply wintry weather!

Becoming very cold indeed as easterly winds dominate across Britain through the week ahead. Most terrain becoming frozen during the weekend, with lying snow to lowest levels. Extremely low temperatures and wind chill values are expected across the mountains, soonest in Scotland by Saturday, then more widely by Sunday onward for several days ahead. Greatest snow depths will be on eastern hills and mountains from Scotland to the Pennines, with substantial drifting likely.

A classic easterly weather regime is setting itself up, drawing in an air mass from northern Scandinavia, plunging most of Britain into the coldest spell since the much heralded 'Beast from the East' in March 2018.

Daytime temperatures will widely struggle to rise above freezing point even in the lowlands, whilst upland valleys and glens will likely stay sub-zero, and the mountains themselves bone-chillingly cold.

Below is a selection of charts looking at the weather story into next week. The first shows very impressive snow depths by the middle of the week, focused across eastern Britain. We can expect substantial drifting across the hills as the strong to gale force easterly winds prevail. The avalanche threat will be very high across many areas.

The next two charts show the first arrival of the really cold air across Britain, on Sunday. The first is temperature at 700-800m in elevation, with values of -5 to -7C forecast at this height. The second chart is the 850mb chart, currently representing 1300-1400m in height, and indicates temperatures of -10 to -12C at this level.

Add on a 30-40mph wind, and the chill factor is an extreme -25 to -30C in exposure on the highest summits around Ben Nevis and the Cairngorms. Frostbite can occur very quickly in these conditions, and is relatively rare on British mountains.

The next chart is the freezing level for early Monday, which indicates that most terrain in Britain is expected to be frozen.

Detail does become uncertain as the week progresses, but the easterly regime is likely to continue. Areas of low pressure in the southwest approaches of Britain may add to the risk of substantial snowfalls in some areas. Even before this, bands of snow will move in across eastern Britain from the North Sea, these being funneled towards us by local wind variations coming out of Scandinavia. It means some areas are likely to be affected by many hours of continuous heavy snowfalls into early next week, whilst not too far away will see much less. 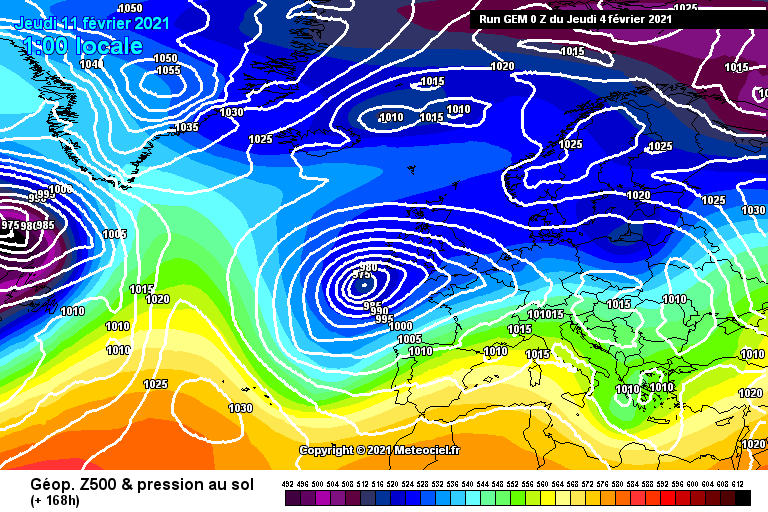 Meteorologically, it's a very exciting time to watch the charts, and see 'proper' wintry patterns, but it is also a situation which will need monitoring closely for dangerous situations unfolding even outside of the mountain areas.

It may be a mixed blessing that we are still under lockdown restrictions, because major disruption to travel would no doubt lie ahead.

In terms of the mountains, the brutality of the conditions should only interest the hardened explorer types, with mere mortals better to stay away from higher terrain!

The sizable snow-depths mounting up across some of our mountains will quite probably be entertaining us into the early spring, so fingers crossed there will be a chance to get out and enjoy that!