We've all heard of mirages - those cruel tricks which make watering holes appear to thirsty travellers across the desert. Well, what about in the mountains? What optical tricks does the atmosphere play on us?

A mirage is defined as being an object appearing to be displaced from its true position due to refraction. This occurs when light passes through and is bent by layers of air with different densities - essentially a result of temperature variations.

The shimmery 'water' we sometimes see on roads on hot days is actually caused by the road surface being much hotter than the air just above it, and this causes refraction of blue skylight up to our eyes so we see this instead of the road.

On a much larger scale - can you think of a situation where the opposite is true, i.e. cold air exists near the surface, but warmer air lies above?

We come back to our old friend the inversion!

Given the right temperature situation, and the right viewing angles, a temperature inversion can create what is called a 'superior mirage'.

Viewing distant mountains in this situation, an observer may see them 'appear' taller and nearer than they actually are. Upon entering the colder air near the surface, the light from the mountains which the eye sees is 'refracted' toward the 'normal' (remember your school physics with prisms and all that!) The diagram below is a rough sketch of the process. In the observer's view the mountain has shifted upward... Perhaps not good for morale if you are just about to climb it! 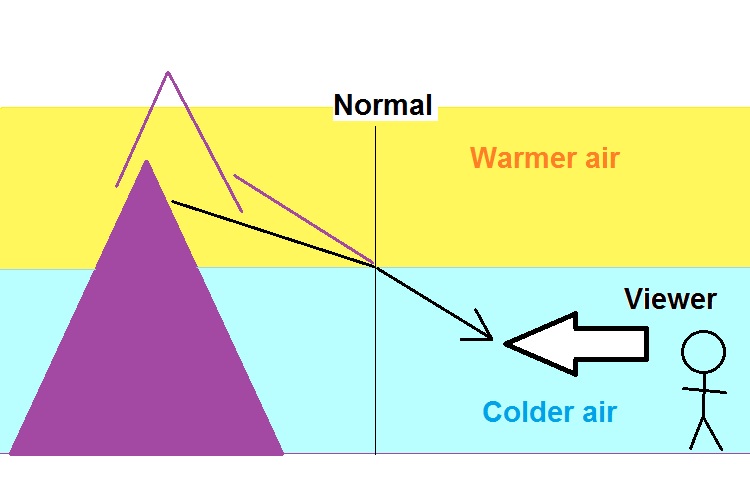 Consider this picture (below) of the Lakeland fells I took a few weeks ago, from the hills just above Sedbergh, using a zoom lens. It's the classic scene looking toward the distant iconic Langdale Pikes in the centre middle-ground of the picture.

Further back are more mountains, looming large. To my best deduction, we have, on the left,  Great End, and behind the Langdales in the centre, Great Gable. Yes these are indeed taller peaks, but do they look suspiciously 'large' to you?

For a few moments, those distant tops were obscured by cloud banks, drifting around the slopes but the cloud layer was not above the hill tops themselves. It was a chilly morning, with the assumption therefore that inversion conditions may well have been present near the high summits. 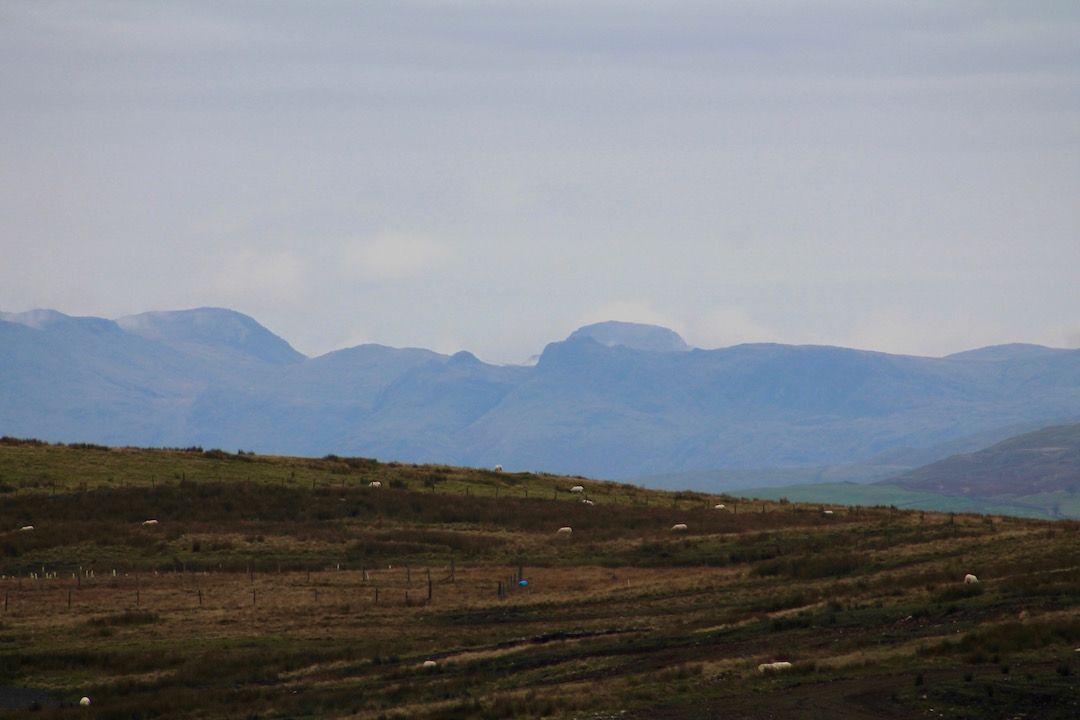 Bear in mind, that when seen from the summit of Harrison Stickle, Great Gable looks like the image below - a prominent peak and shape, but not towering over you like some giant, as my first image might imply!! 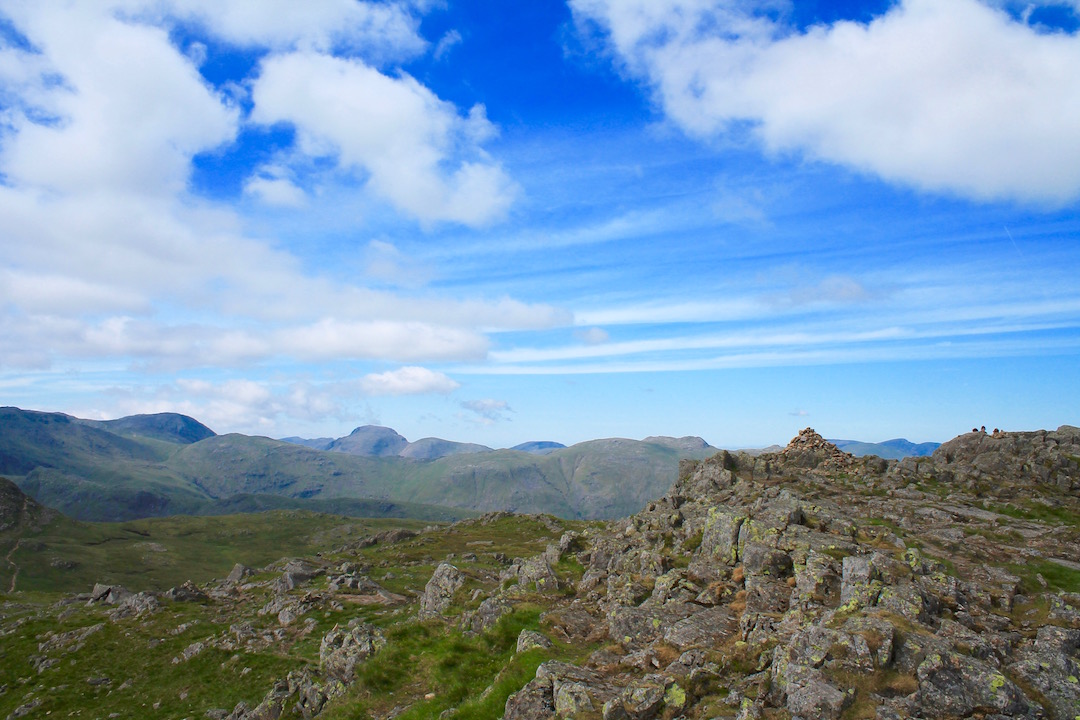 It may all come down to perspective of the distant image, but it is very likely that a 'superior mirage' was also at work on this occasion - making Great Gable even more 'great' than 'normal'!

If anyone has any similar pictures and curiosities, please do send them to us via our social media channels.