What to do if you're caught out in a storm

The current hot weather in the south-east of the UK, with hot and humid air pushing in from the near continent and a cooler and moister airflow trying to push in from elsewhere is a good recipe for thunderstorms and lightning. Particularly when the air is pushed up over the hills and mountains of the UK.

The high hills aren’t a good place to be when there is a thunderstorm and lightning, particularly when you’re up on a high ridge or plateau. Trouble is, thunderstorms can develop ahead of time or unexpectedly.

That happened to a group I was co-leading as part of the Angus Glen Walking Festival. We were following Jock’s Road from Glen Doll to Glen Callater. The weather was warm and fairly humid and there had been a prolonged dry spell. The forecast suggested a risk of rain showers and possibly thunder later on in the afternoon. About three hours into the walk (late morning) we were on the high ground between the two glens when distant thunder was heard.

We were soon dropping into Glen Callater but then experienced one of the other effects of a thunderstorm – flash flooding. Within minutes, the smaller burns were difficult to cross and rivers became impassable. This picture shows what it looked like after an hour or so of rain falling onto very dry ground and running off: 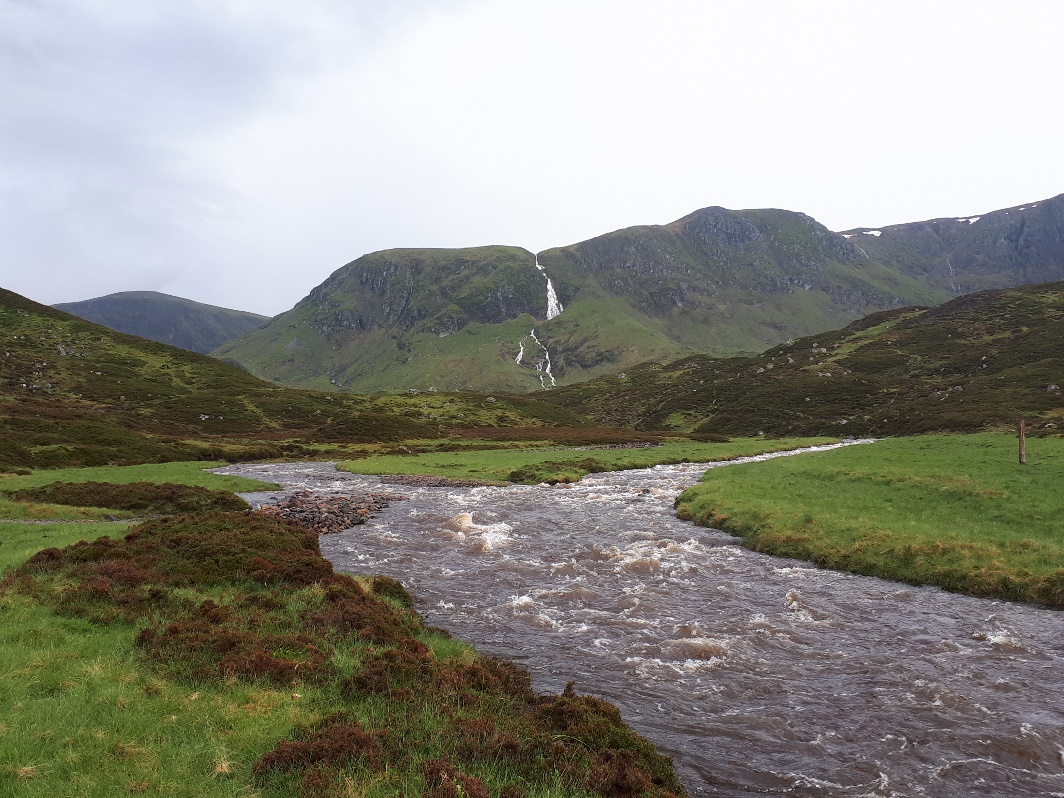 Once down into the floor of the glen, the walk out was uneventful and by the time we finished the weather was sunny and warm again. But the margins between being okay and being in trouble can be very fine at times!

For me, thunderstorms and lightning in the hills is a bit like ski touring and high avalanche risk – if they’re forecast then avoid it altogether and do something different for the day!

If you do get caught out, here’s some advice on things that you can do (have a look at the Mountaineering Scotland website for more detail):

As the storm eases, remember that you might have some flooded streams to cross and some very wet ground to walk over. Look at your map and be prepared to change route in order to avoid larger streams or burns. A thunderstorm and flash flooding may ease quite quickly, so sitting things out for a time until water levels drop a bit might be an option to consider.

Whilst you might be able to tell some exciting stories afterwards, I always think that avoiding thunderstorms as much as possible is by far the better approach! 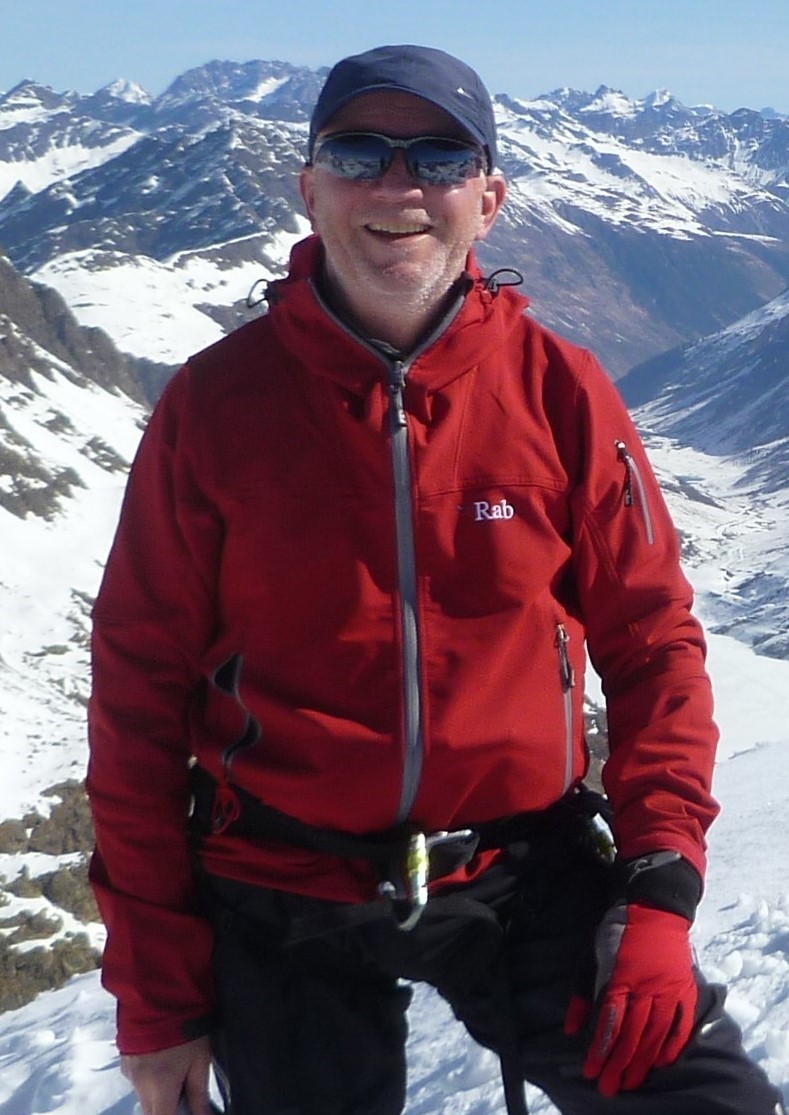 Richard has been exploring the mountains and experiencing mountain weather for over 40 years. He did a PhD about snow supply in the Scottish mountains and remains fascinated by summer snow patches. He’s also interested in how climate and the environment has changed in Highland Perthshire since the last Ice Age. After almost 30 years with Scottish Natural Heritage, where one highlight was writing the Scottish Outdoor Access Code with the national Access Forum, he set up Perthshire Treks with his wife, Brenda Clough. Perthshire Treks provides great walking adventures with a focus on small groups in Highland Perthshire. Find out more about us at www.perthshiretreks.scot.