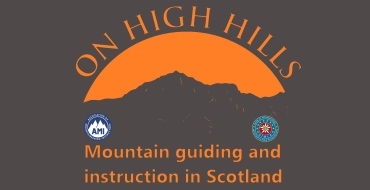 Western Highlands accessible from, and south of, Glenfinnan (Road to the Isles) and Glen Spean (includes Creag Meagaidh). This area include Ben Nevis and the mountains around Glencoe. In the east, includes Ben Alder south to Loch Lomond and Trossachs NP. Includes Arran and Mull.

Summary for all mountain areas

Low cloud and generally damp conditions will affect western Scotland. Total rainfall small, although some steadier rain will develop as a front moves in. SW'ly winds strongest in the far north. Elsewhere a fine day with broken cloud and sun, some early fog patches.

Southwesterly, tending to strengthen from 15 to 25mph through morning; locally 30mph for a few hours around early afternoon in Lochaber.

Fairly small southern areas, but increasingly blustery by middle of day on western tops and near Ben Nevis.

Drizzly showers, mostly hills near and west of Loch Linnhe including Mull; the west coast may be frequently damp. Patchy drizzly rain tending to drift inland at times with some steadier light rain for a time during afternoon.

Banks of cloud across some hills in the morning, although breaks above 1000m well inland for a time. Low cloud increasingly filling in to lower slopes across the west coast, with a general lowering of cloud base onto the hills inland through the day, by afternoon most hills covered above 800m inland.

Occasional sunshine will tend to give way as cloud thickens, soonest near and west of Loch Linnhe. Visibility starting good but becoming hazier, mistier toward coasts. Some early fog pockets inland glens.

Often only spots in the wind, but risk constantly drizzly and damp some hills, mainly western areas toward coast, focused near and west of Loch Linnhe out to Mull.

Blanket low cloud may well shroud the mountains throughout the day, to lower slopes near the west coast. Highest bases toward upper Glen Spean and east of Ben Lomond. Some breaks possible above 800m.

7C if in cloud, otherwise around 10C; only small change with increasing height.

Stormy conditions at first are likely to lessen, but expect arduous walking conditions and marked wind chill most of the day.

A belt of heavy rain is likely to soon clear southwards in the morning, but followed by showery rain, becoming increasingly frequent on western hills. Drier toward the central Highlands.

Extensive cloud at various levels across the hills at first, tending to lift and break toward higher slopes, but is likely to cover most summits frequently through the day, bases varied in and out of rain. Best breaks developing well inland.

Starting at 8C, but lowering through day to around 5C.

Above the summits, but by dusk will have dropped close to highest tops (around 1400m).

High pressure will drift southwards and southwesterly winds will strengthen across Britain in the first half of the week, soonest across Scotland. Staying windy through into next weekend, gales or sometimes severe gales on higher mountains, particularly Scotland. Rain will become frequent in western Scotland as fronts come in from the Atlantic. Spells of rain elsewhere - less wet for Wales and southern Pennines, although a risk of heavier rain moving further south by the weekend. Temperatures will vary through the next 10 days, sometimes fairly warm and humid, but chiller air spreading from the northwest at times - Scottish high tops occasionally near freezing point.